Despite the latest efforts by governments around the world, China included, to limit the use of fossil fuel use, tanker demand is still far from over, quite the opposite. In its latest weekly report, shipbroker Gibson said that “for the past two decades, the tanker market has benefited from strong, near continuous growth in Chinese crude oil imports. Consistent refining capacity expansions and flat crude production have left Chinese oil companies with little choice but to boost imports, whilst prior to the pandemic, Chinese refiners were increasingly using their advanced and efficient facilities to boost product exports across Asia and beyond. However, just as the global energy landscape is moving towards a lower carbon future, so is China. So, what does this mean for tankers? Can Owners continue to rely on China to drive oil demand in the decade ahead or is Chinese oil demand close to peaking?” 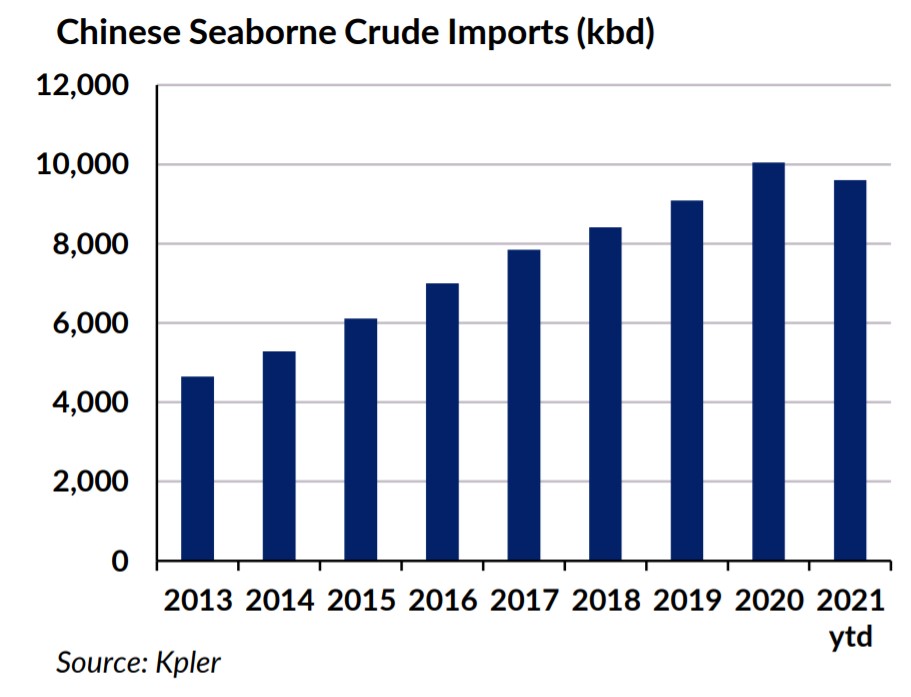 According to Gibson, “last week, the Chinese government published an economy wide plan to peak emissions and achieve carbon neutrality by 2030, part of which includes a proposal to cap refining capacity at 20mbd by 2025 from around 18mbd at the end of 2020. Importantly, the restriction focuses on total capacity and not utilization. Evidently recently policy has focused on limiting output from older less efficient ‘teapots’ as new capacity comes online. If older teapots are replaced by more modern facilities with higher operating rates, then total crude imports will continue to grow through higher operating rates. Indeed, the State Council proposed that major refining units should raise their output to 80%, suggesting that whilst total capacity might grow at a slower rate, utilization of the remaining/replacement capacity would likely be higher, supporting overall crude throughputs. Furthermore, several large refineries are due to be launched by 2025. Rongsheng’s recent commissioning of a 400kbd refinery has given the company total capacity of 800kbd, making it a major force in crude trading markets, whilst Shenghong Petrochemical has started receiving crude at its new 320kbd refinery. Next year is expected to see the startup of PetroChina’s 400kbd Jeiyang facility, whilst Shandong Yulong Petrochemical is also adding a 400kbd plant in 2024, although this will replace several smaller teapot refineries which will close”. 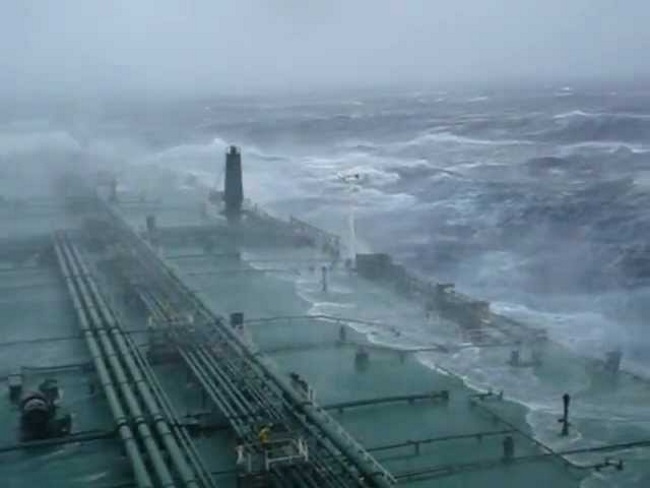 The shipbroker added that “taking account of new additions and closures, OPEC forecasts that Chinese crude throughput will rise by just 1.3mbd by 2025 compared to 2019 levels and then show little, if any growth out to 2045. Seaborne crude import growth rates have averaged 770kbd between 2013 and 2020 according to Kpler, but for the year to date they are tracking 440kbd below 2020 levels, which were boosted by low oil prices and stockpiling. Crude imports are expected to return to growth in 2022 as the full impact of Rongsheng and Shenghong is seen, whilst incremental demand will come from the startup of Jeiyang coupled with increased mobility. However, from 2023 the rate of growth will likely ease back unless stock building comes into play”.

Gibson concluded that “evidently, the policy aims of the Chinese Government suggest peak oil demand may be closer than first thought. But as the ongoing energy crisis has highlighted, achieving net zero is a monumental task. Refining capacity will still rise in the medium term, whilst stock building is also likely to support Chinese imports once the price environment improves for buyers. In any case, for tanker Owners, under most scenarios, no single country will overtake China as the largest crude importer for decades to come, so all eyes remain on China”.
Nikos Roussanoglou, Hellenic Shipping News Worldwide