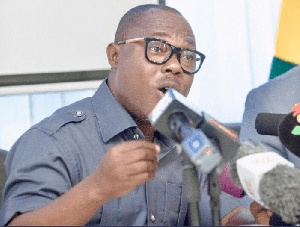 A Senior Lecturer at University of Ghana’s Political Science Department Prof. Ransford Gyampo has asked the government and its appointees to stop giving Ghanaians explanations for the rise in fuel prices.

According to him, they were voted into office to cause change and not to provide explanations to every issue that comes up.

He believes that the essence of governance is to solve problems and not provide an explanation as to why the problems persist.

Making this known in a Facebook post, Ransford Gyampo said “There is always a reason why fuel prices go up. Just as there is a reason today, there was a reason yesterday. We are tired of the explanations. The hikes are now killing. The essence of governance is to solve problems & not to eloquently explain them”.

Meanwhile,Price of fuel in Ghana has gone up by 3.3% per gallon at the pump setting social media on fire after Total Petroleum effected the first of expected increases tonight with a litre at Ghc6.90.

This comes the government promised the removal of the Price Stabilization and Recovery Levies (PRSL) component of fuel prices for two months but which is yet to take effect due to parliamentary approval hurdle.

Despite, the Executive Director of the Institue for Energy Security (IES) , Nana Amoasi VII, had expressed fears that the measures announced by government to check prices were not adequate, describing the government’s approach as “knee-jerk” because prices could keep going up because of the system being run.

“If care is not taken, we will see this price surging on the market consistently. You will ask how the government will negotiate to solve the situation, but unfortunately, where the government sits today, it will be able to reduce these taxes by more than 10 percent and the approach the government has taken, we call it knee-jerk because it is not sustainable… There are other things the government must do to ensure that fuel prices remain stable. You can take away all the taxes, but trust me because we have mechanisms that have broken down, we will still come to the same GH¢6.80 per litre in less than six months because we have become price takers”, he emphasized.