November could offer an excellent entry point for many investors who may have been waiting for confidence-boosting earnings releases. It will also no doubt highlight a few run-for-hills scenarios like what we saw after a few October big tech earnings releases that fell short of expectations. But let’s focus on the positives this month.

Two markets should be on the radar of every investor. And the news about innovation, revenue outlooks, and adopting an attitude that the “future is now” all offer the potential to produce millionaires out of even the most average investors if they are willing to take a long-term approach.

With all that in mind, here are three predictions about November markets. 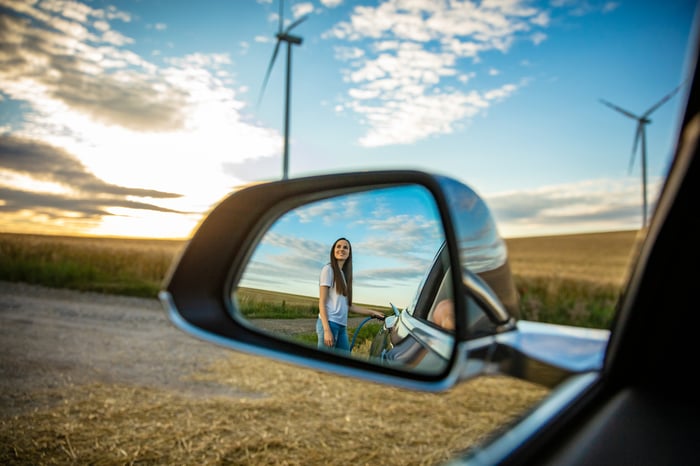 1. The market opportunity in EVs and self-driving technology will climb higher

It’s easy to see the long-term growth potential in the automotive market as it relates to electric vehicles (EVs). Automakers like Tesla are an obvious example. But also Chargepoint Holdings, which is building out the largest EV charging network in the world, and my favorite turnaround play, BlackBerry, with its increasingly popular QNX operating system for EVs. As earnings results come out this month and an initial public offering from electric truck maker Rivian launches next week, the EV hype is likely to heat up further in November.

Supply chain constraints have raised concerns throughout the automotive market this year because, without the necessary raw materials and parts, particularly semiconductors, unfinished vehicles are left sitting waiting for components. In May it was expected that we would see a shortfall of 3.9 million vehicles produced this year. That number was revised upward in September to 7.7 million, and it’s expected to cost automakers an estimated $210 billion this year.

But delays present opportunities. Eventually, the supply chain will correct itself, though it may take until early 2023. In these uncertain times, companies that best manage costs, optimize the resources available, and stay on the planned path toward growth will reward investors.

Take Ford (NYSE:F), for example. The company posted third-quarter results on Oct. 27, beating consensus estimates by 9.8% and 89% on quarterly revenue and earnings, respectively. It also raised its full-year revenue guidance by 15%, and topped off its report with news of a reinstated quarterly dividend of $0.10 per share to take effect on Dec. 1.

During the earnings call, Ford management stated that although supply constraints continue, the third quarter was better than the previous quarter in terms of resource availability. This points toward growth even in the face of supply headwinds, powered by an ongoing revolution in the EV market. Analysts project the EV market to progress at a compound annual growth rate of 24.3% through 2028.

2. The metaverse will see big gains virtually and market-wise

Running parallel with the growth in the material world of electric and autonomous vehicles is the digital world of virtual and augmented reality known as the metaverse. The companies driving the future of the metaverse can be found in the holdings of the Roundhill Ball Metaverse ETF (NYSEMKT:META). 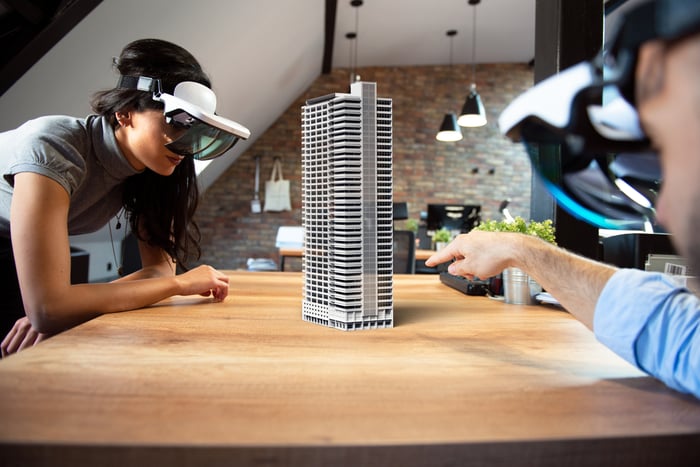 Our kids may be more familiar with the metaverse than we are. It’s evidenced in numerous video console games such as Fortnite, Minecraft, and Flight Sim, where players create virtual worlds, interacting with each other in these metaverse creations.

Microsoft announced earlier this week that it intends to expand on its Microsoft Teams package by developing metaverse technology for collaboration using 3D avatars that represent meeting attendees who are present but would rather not be on camera. Eventually this will either coincide or compete with developments by Meta Platforms (formerly known as Facebook) as it rebrands and expands its offerings along the same lines.

For long-term investors, these trends create an almost no-lose scenario. As advancements in technology take us into the future, demand will swell and revenue will be generated. And it will most likely be multiple companies reaping the benefits.

Investors looking to benefit from it all may be well served by the Roundhill Ball Metaverse ETF. It was launched on June 30, and it is quickly gaining trading volume. As of August, the ETF had $50 million in assets under management (AUM). By September, AUM doubled to $100 million. Today, the number sits at $176 million, while trading volume in the ETF has also risen. The average daily volume is at 300,000, while more recently it has seen daily volume exceeding 1 million shares on select days.

I wouldn’t be surprised to see the average 20-day daily volume double by the end of this month, combined with a 10% gain in the ETF share price for November.

3. Apple is still fresh and its stock will top 52-week highs

The intelligent EV market and the metaverse intersect in what has become a staple company and foundational portfolio stock: Apple (NASDAQ:AAPL). According to multiple sources, Apple is developing eyeglasses for the metaverse, while also working on self-driving technology and electric mobility to serve the vehicular market while potentially developing a self-driving car of its own. 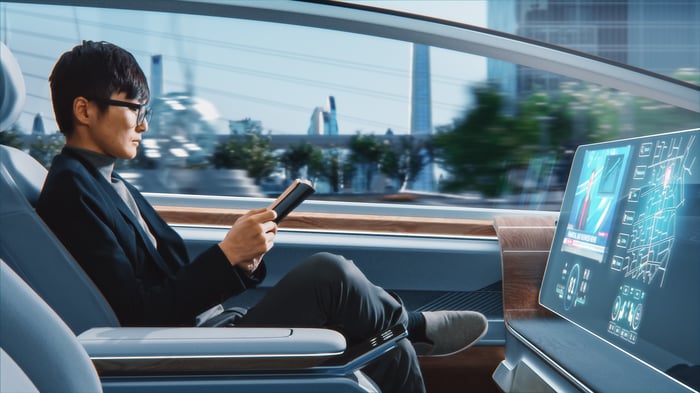 The future of our technology world is upon us, and November could be a pivotal entry point for investors into many of these stocks that will provide big gains for years to come.

When Apple came out with a miss on quarterly revenue at the end of October, management noted that supply constraints impacted the company at a cost of $6 billion. But one thing that seems to keep getting overlooked during these earnings conference calls is that Apple’s revenue continues to climb year over year regardless of whether the consensus estimates are accurate or overblown.

The company continues to benefit greatly from iPhone sales, but unit sales no longer make up even half of its total revenue. Per Statista, from 2012 to now, Apple has seen iPhone sales decline from 51% of total revenue to 49%. Meanwhile, services revenue has grown from 6.5% to 21%. The gross margin on services is now 60%, whereas iPhone profit margin is closer to 35%. So as the company generates more services offerings, and innovative technology progresses, the dust will settle from concerns over supply constraints and a revenue miss, and a clearer picture will emerge.

My November prediction is that Apple stock will top its 52-week high of $157.26 a share.

Seeing the forest through the trees

October was a month of volatility and concern over supply constraints and earnings warnings. But when those warnings lead to nervous selling based on short-term what-ifs and fear of the unknown, the long-term investor is provided with an opportunity. And if history repeats itself, this November will provide the springboard to that opportunity. The S&P 500 average return is 1.57% in the month of November, with 29 of the past 40 Novembers being in positive territory, led by 2020 at 11.8% — the best November in history.

This article represents the opinion of the writer, who may disagree with the “official” recommendation position of a Motley Fool premium advisory service. We’re motley! Questioning an investing thesis — even one of our own — helps us all think critically about investing and make decisions that help us become smarter, happier, and richer.